What you heard yesterday you did not hear.

Listen to those who tell you what to hear.

How come they tell you what was said, but don’t show you the person who they claim said it?

Talking Ed Note: This is the most dangerous time in living memory in the United States. The Constitution is being trampled, another sham impeachment is railroading its way forward and the First Amendment is under a massive coordinated assault by Big Tech oligarchs coordinated with the Democrat Party.

Yet, so many people are so completely brainwashed; they will argue with you over what was never said and claim it was. Words spoken nearly yesterday.

Today is akin to “Invasion of the Body Snatchers.” People who appear perfectly normal can go completely batshit crazy with TDS by a simple citation of fact. No fact as it may, can deprogram.

Evidence could go on all day, over many days. No court hears evidence and witnesses. All have failed. 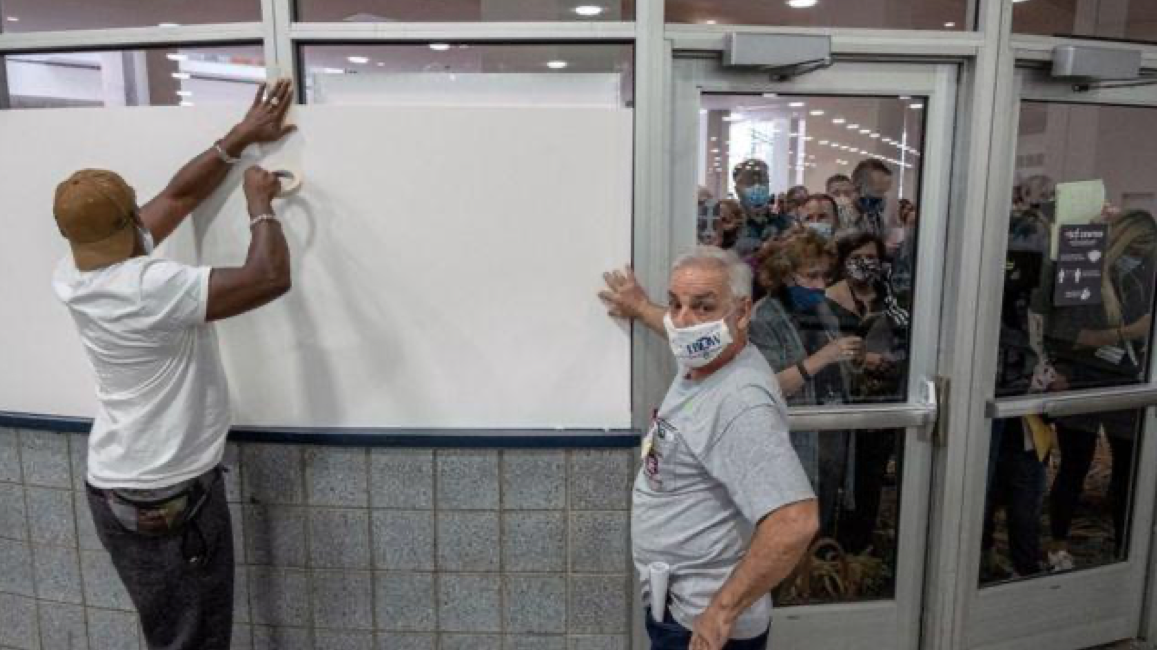 Rocking out and locking out election monitors in Election Theft 2020. It’s so Beijing Biden cool.

As usual, the video evidence of protestors stopping Antifa infiltrators breaking windows has never been shared by the Lamestream Media.

1984 is rolling out in 2021. “We’ve always been at war with Oceania,” and who controls the present controls the past. Even if the words were barely spoken yesterday.