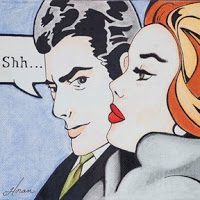 Since a Jersey City judge’s arrest warrant for one Perry Klaussen of Hoboken411, the de facto head of the Mason Media Complex has taken on his fantasized enemy, anyone connected to Mayor Dawn Zimmer to a whole new level.  He’s attempting to collect evidence of parking violations on Councilman Cunningham’s family and going after the Hoboken Parking Utility’s very successful Director Ian Sacs, again.
That’s not the end of it either, not by a long shot.
Monday night, two police officers in downtown Hoboken came out of a deli near City Hall and seeing Batman and Robin dressed in full regalia on the street called them over.
For what reason?
According to Rory Chadwick who does bicycle runs around town with Batman, the police asked for identification.  Then they asked if Chadwick had ever been arrested and then told him that there may be arrest warrants out on him.  Chadwick was sure there must be a mistake but the information on his name was run and indeed there was violations outstanding.
Parking in the crosswalk violation was one – from Jersey City.
Actually there were two violations, one for parking in crosswalk in Jersey City and another for an illegal u-turn in Weehawken.  When?  Apparently the tickets were issued nine and eleven years ago.
The police take in Rory Chadwick and detain him.  They handcuff him to a bench while “Batman” goes home to get his wallet so he can be processed and go home.
At 9:20, Rory Chadwick is being processed for release but a tweet from Perry Klaussen on twitter is already out forty minutes before Chadwick’s is even done with his paperwork.  He’s in the Hoboken Police Department and Perry Klaussen ALREADY HAS THE INFORMATION.

Now does it strike anyone as odd that Perry Klaussen who has been seen in recent days walking around in Hoboken with an open bench warrant for his arrest is issuing tweets about the arrest of someone who filed a criminal coercion complaint against him announcing their arrest on a parking violation?
Who in the Hoboken Police Department is working with Perry Klaussen?
No member of the public can run a name and obtain information on a traffic/parking violations but someone in a police department can.
When did the Hoboken police department start hunting down residents on the street for traffic/parking violations not even in Hoboken?
Why was Rory Chadwick approached and arrested on the street by Hoboken Police?
These are all good question for Hoboken’s Police Chief Falco.

The leaks of confidential information on a discrimination case against the Hoboken Police Department to Hoboken411 has most certainly attracted the attention of the FBI as a separate part of the massive Data Theft Conspiracy investigation.
There’s a pattern of information finding its way in record time to Hoboken411 outside of the official process established under Chief Falco.  How does confidential information find its way there over and over again, even as legal and mayoral staff at City Hall don’t know such privileged information?

One similar story is here:

More grist for the FBI mill.

Talking Ed Note: Hoboken has many outstanding legal cases open with dozens of lawsuits.  Is there about to be another one added to the list?  There’s going to be some legal phones ringing Tuesday in the am.
Now that Hoboken411 has avoided arrest from a Jersey City judge’s bench warrant, how long before he now has a hit piece on the distant past of Rory Chadwick.
Is any of this a coincidence?