Brace for impact, the most fearsome election day words: “LANDSLIDE!”

McEnany told Fox News that the Trump campaign “believes that tonight will be a landslide” and that the president has a “lock” on the swing states of Florida and Ohio.

In addition, McEnany predicts President Trump will see victories in Pennsylvania, Wisconsin and Michigan but she didn’t end there.
The shock will continue will seismic pulses rocking the nation with President Trump winning Minnesota and Nevada!
She further blasted the Biden campaign for stating it will not concede today no matter the election outcome. 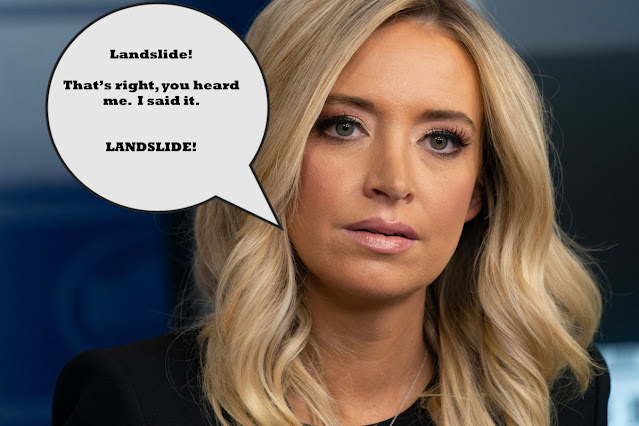