How big is the Ravi Bhalla budget debacle? Pt. II 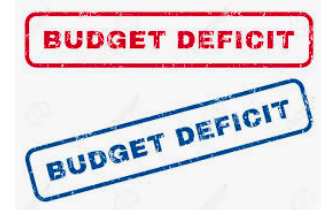 An indicator of the paranoia coming out of the mayor’s office is the utter silence and inability to tell the Hoboken public the truth on the pending budget deficit.

That number is more tightly kept locked away than the Iowa caucus votes being massaged in the back rooms of the DNC by a Super PAC app. Yup, there’s an app for that but not for Hoboken’s current budget woes.

The City Council passed the temporary budget under the normal State rules previously, good for several months leeway. Now comes the painful part. Drastic steps are in the works with plans to layoff dozens of municipal workers. A major tax increase is about to hit the table.

Yet, with all these actions contemplated back to late last year, no one can get an official answer on what the actual pending budget deficit number is from Mayor Ravi Bhalla and his now rudderless mayor’s office with nary a business administrator in sight.

So transparency aside, what is the magic number?

Let’s say it’s right in the ballpark of the Hoboken 2009 budget crisis. Do you remember that mess?

That budget snafu came in at $11.7 million. That’s the number that Ravi Bhalla is desperate to avoid see matched let along surpassed.

Politics above everything. That’s exactly how we got here.

The answer first to premium members. Everyone else, try not to hold your breath and pass out.


Related: The City Council will make its first vote on the latest iteration of the Rail Yards plan downtown. This time, it’s likely to see a vote and pass on first reading with a final vote two weeks out.
Let’s see how the public reacts.