A special meeting is scheduled on the City Council proposal to change the existing 500 foot rule on liquor license establishments opening in proximity to one another.

The date of the public hearing is unfortunately set for the same evening as the first presidential debate, September 26th.

The final vote of the City Council on the ordinance has been moved to the October 5th meeting.

Here is the official notice: 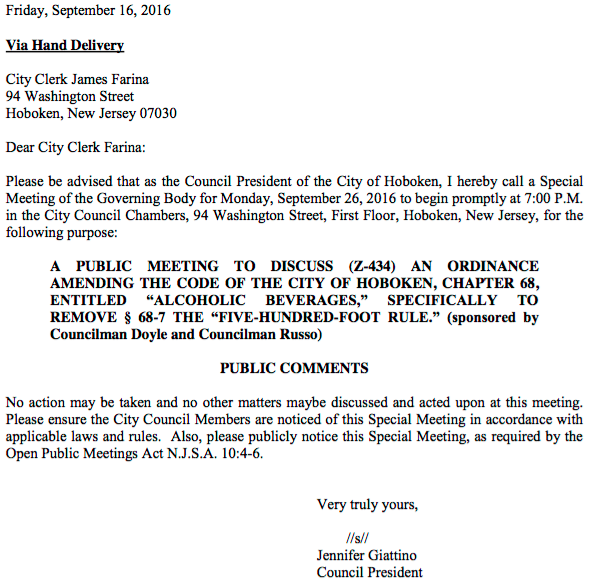