Guest of the Stable: p1ywood on parade 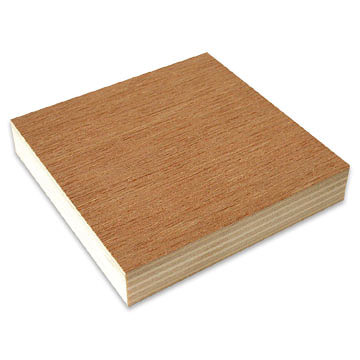 Well, “hi” again, I’m hoping that all of you at least got some enjoyment out of the usual train wreck that is our St Patrick’s Parade day. I’ve weathered more than a few, and allow me to say it’s a day that’s not for the squeamish.

It might well be a good thing that Hoboken has a watchdogs like me to go out and research some of the seamier problems that confront our fair city.  In that spirit I made the sacrifice of embracing, once again, the carryings-ons that occur on and about Hoboken’s St Patrick’s Parade day. Without further adieu:

As you are well aware, there is with absolute certainty perfect weather for this event, for as we know, the elements have quite a soft-spot for facilitating mayhem. So this typically perfect weather is always just the thing to optimize reveler turnout to Hoboken.

First up for my big day of days was waiting on a long line at the bagel store for over half an hour for the most slipshod egg sandwich ever made (and at that point I was damn glad to have it).  I am curious as to why coloring a bagel green is considered a good idea, but I assumed it wasn’t moldy and ate it anyway. As you may know, waiting in line for only half an hour for baked goods is now considered normal, if not a bit under par  in Hoboken. Thus stoked with breakfast, I moved on to an overview of the venues for libation.

So it was with that I ventured about Washington Street to see what the latest developments are in bar-hopping, a subject I work very long and hard to keep abreast of. The results of surveying the bars were unsurprising. The first thing I noticed is that the crowd was the same age as last year, but I a year older.  I found twenty-dollar cover charges to be pretty typical, some were higher.  Speaking to some waiting in the traditional long lines to get in these establishments, I was informed that there was no need for financial concern, the cover charge could easily be counter-acted by diminished tipping once inside. It was with great pride that I realized that the American educational system is working order, seeing the firm grasp of mathematical concepts and cash flow our young bar patrons have. Little ironic sidenote here –I swear this is absolutely true- the day after St Pat’s parade every bartender I talk to says they DIDN’T MAKE MUCH MONEY. Lousy tips. At any rate, at this point in the morning I realized I wasn’t going to get into a bar anytime soon. Not a big deal, almost parade time.

The parade itself is a wonderful tradition, even though it was very disjointed this year in particular. The pageantry! The ear-shattering fire truck sirens! Kids picking thrown candy off the street and eating it! But hey, what was up with those long mid-parade gaps?

Reports I heard claimed that it was issues with Buddy Valestro’s TLC production staff getting the cameras ready and such. Looks like the production staff at The Learning Channel has some learning to do. We love ya Buddy, but please don’t hold up the parade, people spend enough time waiting in your lines! The icing on the cake was that this resulted in a fifteen-minute gap in the line of march, that confused most and convinced many persons to go home, thinking the parade was over. Candidly, the crowd needed some thinning, especially that inconsiderate dweeb with the camera that kept jumping out in front of me, totally block my view. Note to photographers everywhere: you are the only one who cares you are taking a picture, don’t freakin’ jump in front of me to do it! But again I digress.

Anyway, where in the world was Beth Mason? Rumor had it she went home either ill, or in a snit, after being told her campaign signage was in bad form, and hence non-grata. Well then, Ms Mason, head home and have your campaign workers march the signage down the sidewalk during the parade.  Problem solved!

Yes, Ms Mason’s parade performance (or lack thereof), with the concurrent sign carrying campaign workers on the sidewalk repeats a recurring theme of Ms. Mason: the spirit of the law is an ass. According to her doctrine, it is considered better to go the route of squishing your political actions hard against the edge of breaking the law, then be conveniently absent from the scene, so no one can ask you a direct question in an effort to hold you to task. Above all, make a concerted effort to have your personal fingerprints off the operation. Later, in a format unconducive to immediate rebuttal, pontificate how what you did was technically legal, and that everyone is out to get you.

In all fairness, I as well heard rumor that Ms Mason was having illness and fatigue on parade day, that is to say she is sick and tired of not getting her way and not giving the marching orders. Indeed, she certainly marches to a different drummer. Is it Mr Russo?

Anyhow, the parade wound down and the crowd disbursed from the curb-side of the sidewalk to the bar side of the sidewalk. The bar entry lines stood at twenty people deep once again, and I realized a different strategy was needed if I was to get my groove on.

I then decided to survey the house party scene. If you are new to the house party game, here’s a couple of pointers. No invitations are needed; house parties are designed to be crashed. First rule of thumb is to be wearing a Kelly green tee-shirt with something ingenious printed on it like “I’m Irish, what’s your excuse?”

If you don’t smoke, this is a good time to carry a pack of cigarettes anyway, in conspicuous view. All house parties are easily identified by the three or four people standing on the fire escape with a keg, or on the front stoop smoking, usually one of which is in a “Cat in the Hat’ floppy hat, drinking heartily. Once you locate such people, to crash the party, from a distance, yell to them “is Annabell inside?” Then just blend in with them by either lighting their cigarettes or insulting the appearance or sobriety of passers-by. After a few minutes of this hang, just announce, “well, I guess I better head in”. Then meander your way into the apartment and toward the refrigerator. Then mingle, remembering the louder and more base your remarks, the less likely anyone will challenge with “Who in the world are YOU?”  Make a point of laughing every 3 or 4 minutes for no apparent reason. You’ll get the hang of it.

It’s a fact, and rightfully so, some people are turned off to the house parties, while others say “it keeps ‘em off the street; let them trash their own digs.” The real problem is not the house parties, but the fact that you can’t fix stupid, nor can you fix stupid house parties. Unfortunately, if you are indeed unfortunate enough to be a neighbor to such debauchery, due to that pesky Bill of Rights, there is little to do about noisy and destructive neighbors other than take the Red Bull by the horns and be a “in your face” neighbor.  Some are more suited to intervention then others, and I’m pretty sure that contrary to popular belief, the meek will not inherit the earth, certainly not one that isn’t already trashed.  Moreover, elimination of Parade day will not eliminate such parties; it will instead scatter them across the calendar, and exponentially harder to predict, or for that matter crash, if either is important to you.

At any rate, somewhere around this point in the St Patty’s Parade day curve is when inevitably things will take a turn for the worse. It seems people just don’t know when to stop.  You can usually rate the danger level of inebriation by the frequency of use of the “F” bomb in general conversation, as laid out in this handy chart:

F-bomb not used at all: check the address, you’re at the wrong place

F-bomb every fifteenth word: hey, lighten up and live a little

F-bomb every tenth word: a nice glow, time to start pacing oneself

F-bomb every sixth word: getting a little fuzzy, make damn sure the party’s not running out of beer

F-bomb every third word: decidedly time to start turning down the Jameson’s shots

F-bomb every single word: drinker is shot, a case of spins on the way, time to call a taxi, or the authorities

If only people knew when to stop.

Knowing when to stop is the issue that is the point of departure for all the trouble.

Talking Ed Note: p1ywood is a known reader and commenter on MSV among other locales.  Although we usually insist on names for guest pieces, for this low density wood we make an exception. p1ywood’s guest piece was submitted before the mayor’s afternoon press conference, but square wood chip is entirely responsible for her action.

Submit your complaints and when you do, blame p1ywood.