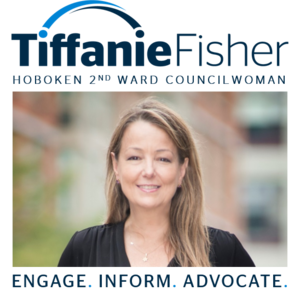 Dear friends and neighbors,
A number of you have reached out to me about the frightening incident that happened last night.  If you were not aware, one of our neighbors was mugged while walking on the 1200 block of Bloomfield St. at approximately 9:06 pm last night.  There were two attackers who sprayed her with pepper spray and then stole her back pack.  She was taken to the hospital and released.
I have been in contact with Chief Ferrante today about this and he has assured me that Hoboken PD are using every possible resource available to them to find the culprits.  If you think you know anything – for example, if you have a security camera that may cover any of the sidewalks in the areas/blocks surrounding the incident (the east side of Bloomfield, mid block), please call/email any of the following (all callers may remain anonymous):
This is the official description of the incident:
“At about 9:06 PM, a female was robbed of her back pack. The incident occurred on Bloomfield Street between 12th and 13th Street. There were two male actors involved. One actor was wearing black down winter jacket, black pants with a white stripe down the side, and white sneakers. The second actor was wearing a black hooded sweat shirt, black winter jacket, black pants, and black sneakers. One of the actors sprayed the victim in the face with some type of pepper spray. After being sprayed, the same actor grabbed the victim’s back pack and forcefully pulls it away from her. The actors were last seen fleeing southbound from the area. “
The questions you asked me today were mainly about getting more of an uptown police presence including a walking patrol.  Please note that I have been advocating and speaking with Chief Ferrante about this for the past four years in the context of package theft, intersections and pedestrian safety, and of course e-Scooters.  We did see the Sidewalk Patrol pilot program this summer and more traffic presence across the second ward which were a direct result of these discussions.  That being said, in my discussions with the Chief he has pointed to his resource constraints – the 34% decline in police since 2009 – as the primary reason we do not see more police city wide.  And that how his resources have been allocated have driven the historic, low crime rates.
Does that give you enough comfort today?  Of course not.  We are all hoping this is an isolated event, and one where the culprits will be caught ASAP.   Chief Ferrante and his team are very focused on finding the assailants and ensuring we do not have to face this again.

Please know that I will be continuing to advocate for more police resources in the 2nd ward as I always have.  And please keep our neighbor in your thoughts as she heals from this traumatic event.  As always, please forward to anyone you think may be interested in receiving this.  Feel free to email me at hoboken2nd@gmail.com or call me at 201/208-1674 to discuss what you have read or anything else that is important to you.